Air Force is training five days from Eindhoven Air Base

From 1 to 5 April 2019, the training program ‘Orange Bull’ by the Air Force will take place. In that week, two C-130 Hercules make three flights a day. They depart from Eindhoven, but also from other flight bases such as Woensdrecht, Twente Airport and Schaffen in Belgium.

During the exercise, a large area between Eindhoven, de Peel, ‘t Harde and Twente Airport is considered a low-flying area. During the day Air Force may fly at a height of at least 100 meters. A lower limit of 200 meters applies in the evenings.

Program
The training program includes low flying, dropping paratroopers and containers (on a parachute) and flying with night vision. The 11 Airmobile Brigade, the Defense Para School, marines and commandos also participate in the exercise. 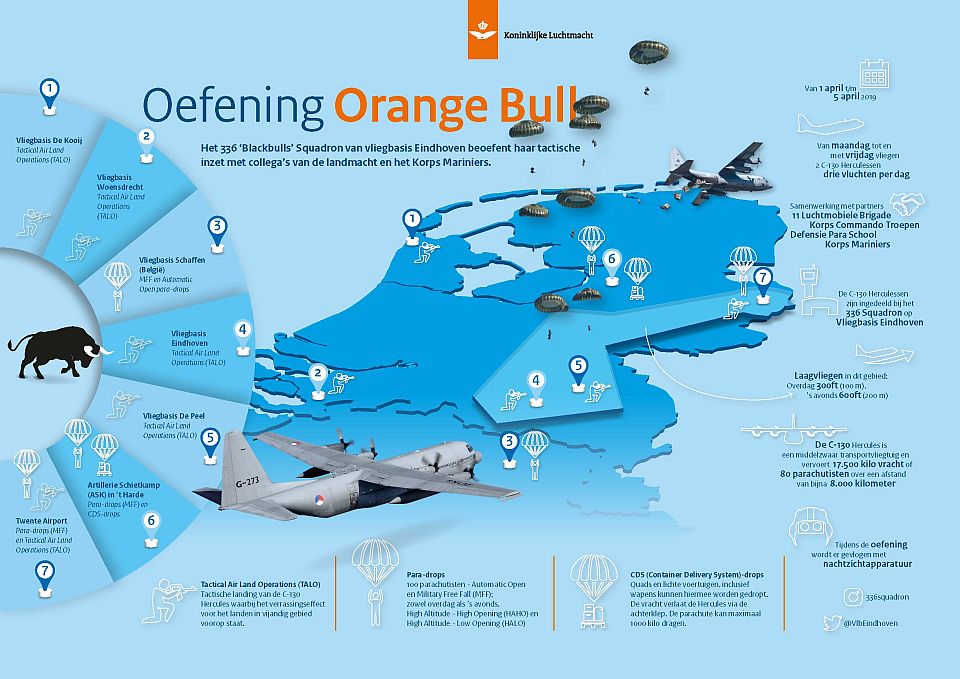