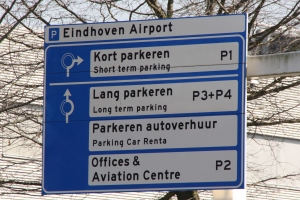 Commercial parking companies may get more space at and around Eindhoven Airport. According to a draft document owned by the Eindhovens Dagblad, the airport must allow operators to park near the terminal, simply because otherwise there is not enough parking capacity for passengers.

The plan is bold because Eindhoven and regional municipalities have so far tried to keep parking companies away from the wide area surrounding the airport. Eindhoven Airport has reacted ‘quite sharply’ to the plans, according to publicly available emails from Eindhoven officials. ‘The piece has not gone down well with Eindoven Airport in a number of respects,’ an email reads. The airport even threatened to cease consultations with the municipality.