Dozens of American helis make a stopover in Eindhoven 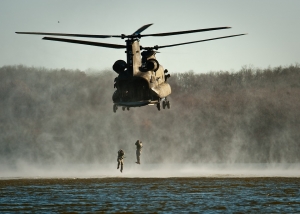 Aircraft spotters around Eindhoven airport can indulge themselves. As part of a large-scale US displacement, dozens of military helicopters are making a stopover at Eindhoven Air Base these days.

According to a spokesperson for the airbase, it concerns a total of sixty helis that will arrive in several tranches. On Friday, October 11, 2019 the first 27 helicopters will arrive in Eindhoven from a base in Germany to fly on Monday October 14 to the Botlek in the Rotterdam harbor area. From here, the aircraft are shipped to the home base in Fort Stewart, Georgia.