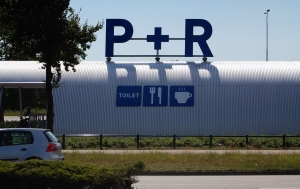 On Wednesday January 23, 2019, the province of Noord-Brabant, ASML and the municipalities of Veldhoven and Eindhoven organize an information meeting about making the De Run industrial park more accessible in Veldhoven. One of the solutions is a (temporary) expansion of P+R Meerhoven.

Chip machine manufacturer ASML, together with the government, invests between 45 and 50 million euros in making De Run industrial park more accessible in Veldhoven. The accessibility of parts of Veldhoven and Eindhoven is under pressure due to the current and future strong growth of the business community. These include business park De Run in Veldhoven, where large employers such as ASML and Máxima Medical Center are located.

De Run
Government and industry have joined hands. They jointly invest in measures to tackle a number of pressing bottlenecks. This involves new forms of shared transport, improvement of public transport and a substantial upgrade of bicycle facilities. In addition, measures are being implemented that improve the existing infrastructure, such as Kempenbaan West and Kempenbaan East.

P+R Meerhoven
One of the solutions to improve the accessibility of De Run is to reduce the crowds on the Kempenbaan by a (temporary) extension of the Park & ​​amp; Ride Meerhoven. The P+R will be extended by 400 to 1000 places for ASML employees. These employees are taken to the Work 1000 or De Run 6000 by shuttle buses. The expansion is temporary, until (larger) P+R locations in the region have been realized.

Information meeting
The information evening starts with an explanation of the measures to improve the accessibility of De Run. After that, residents can be informed at the various stands. Location: TechniekHuys, De Run 4250, Veldhoven. The meeting room is open at 7 pm. The meeting starts at 7.30 pm and lasts until about 9.30 pm.