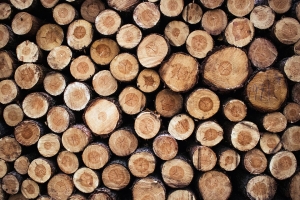 Between December 9 and 20, 2019 a large number of conifers will be felled in the plots adjacent to the streets Waterland, Waterweg, Waterlus and Waterlinie. According to the municipality of Eindhoven a necessary measure.

A large number of coniferous trees in Waterrijk are affected by the letter setter, a beetle that gnaws corridors behind the bark of a tree, causing the tree to die. Many trees are already dead, others are affected in such a way that they also have to be cleared.

Work
The work is performed with special machines to prevent unnecessary damage to healthy trees during felling. The released trunks are removed, part of the branch wood is processed in the larger plots into so-called branch shivers. The work is performed by Weijtmans from Udenhout.

Replant
After the work, a plan for replanting is made. Large empty areas are replanted with so-called forest plants; these are young trees and shrubs of approximately 1 to 1.5 meters. Scattered larger trees are also planted. Where they come depends on the amount of vegetation that remains after felling the trees. The new planting is applied before the start of the breeding season (mid-March). There are mainly native species of trees and shrubs and some pine trees in the area.