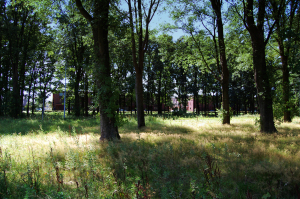 There is an enormous boulder in the Bosrijk neighbourhood of the Meerhoven district. And not just any, people live in it. A milestone for Eindhoven and at the same time a world first. Because the thing is not made of stone, but of concrete. And it was built layer by layer by a printer.

Now that the house is clearly visible, the boulder perhaps most resembles the house of the cartoon characters Fred and Wilma Flintstone. But nothing is less true. It is an ultra-modern house and with the construction and delivery, Weber Beamix and the TU/e and their partners are achieving a milestone and world first.