Much interest in Solar Park Welschap 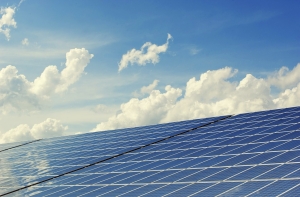 Since October 10, 2017, a solar park has been under development in Eindhoven. Approximately 12,000 solar panels will be installed on the former glider flight stip of Welschap airbase. The Co-operation Solar Park Welschap arranges the installation and management of the installation. Households in the area can thus benefit from cheap solar electricity

In postal code areas in the vicinity of the solar park, participants are exempted for 15 years from energy tax on the power they take from the solar park. This may be a solution for anyone who does not have the opportunity to generate electricity with solar panels on the roof of their own house. Examples are residents of apartments and rental homes and homeowners who have to deal with an unfavorably located roof, a monument or a protected cityscape.

Within a year
The co-operation was set up by the Eindhoven association 040energy and energy organizations in Veldhoven, Best, Eersel and Oirschot. The co-operation is currently negotiating with a number of parties that are interested in developing the solar park. If everything goes according to plan, the first solar power will be delivered within a year.

Much interest
Meanwhile, more than a thousand people have already registered at the five energy organizations, half of which are from Eindhoven. Residents in Eindhoven can register via www.040energie.nl without obligations. 040energie keeps them informed and they are the first to hear when participants can register for solar power without energy tax. Participation is possible in the postal code areas 5612, 5616, 5617, 5626, 5627, 5651, 5652, 5653, 5657 and 5658.

Neigbourhood team
A team has been set up in Meerhoven (postcode 5658) that will give publicity to this initiative in the coming months. So far, 139 people in Meerhoven have shown their interest.