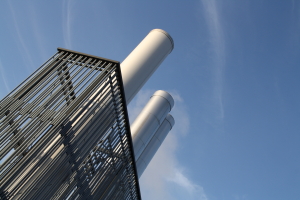 Residents in Meerhoven are disadvantaged to a few thousand euros per houshold. That is the conclusion of the Municipal Heating Foundation Eindhoven. Research by the foundation has shown that energy company Ennatuurlijk charges more than 3500 households in Eindhoven various costs that have not been agreed with them.

Foundation
Municipal Heating Foundation Eindhoven is an initiative of the workgroup District Heating Meerhoven. This workgroup has been active since 2012 in the Meerhoven district of Eindhoven. Since the same problems with municipal heating are experienced in other Eindhoven neighbourhoods, it has been decided to set up a foundation that represents the interests of all users of municipal heating in Eindhoven. The foundation was founded on December 22, 2015. By joining forces in a foundation, the legal costs can be reduced and it is prevented that residents in different neighbourhoods have to reinvent the wheel. The foundation specifically focuses on Eindhoven because the situation in other cities is different.