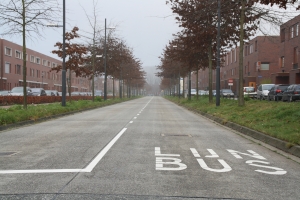 On Sunday December 15, 2019, the new timetable for city and regional buses in Southeast Brabant will start. Hermes makes a number of changes.

Meerhoven, for example, will get a new busline. Due to the new construction in Meerhoven and Veldhoven, the traffic on line 403 between Veldhoven and Eindhoven is increasing. To cope with this growth, line 103 will be introduced from 15 December. This bus runs in the morning rush hour from the Mira stop in Zonderwijk via ‘t Look to De Dom and from there the same route as line 403 to Eindhoven. In the afternoon rush hour line 103 runs from Eindhoven via the same route as line 403 to De Dom and then on to ‘t Look and Zonderwijk.