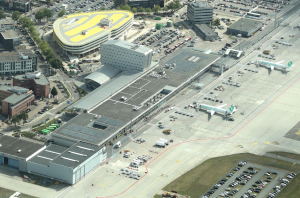 Surveillance images never before released underline once again that it is a miracle that no one was injured in the collapse of the parking garage at Eindhoven Airport. The images can be seen on Wednesday evening in the TV program De Kennis van Nu.

Not only construction workers, but also passers-by have escaped the collapsing parking garage at Eindhoven Airport in May 2017. A few seconds before the moment when the thunderous debris comes down, another car was driving. It seems to come from the place where some of the remains of the garage ended up. This is evidenced by surveillance images that have never been made public before, which are shown in Kennis van Nu on NPO2.