Opening of Solar park Welschap at Eindhoven Air Base 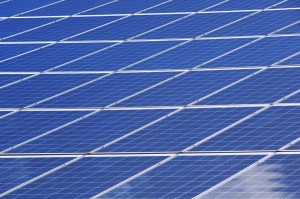 On Wednesday, March 27, 2019, State Secretary of Defense Barbara Visser will open the Solar Park Welschap at Eindhoven Air Base at 4 pm.

The solar park is an initiative of local residents around Eindhoven Airbase. Those who live within the so-called “zip code rose” can invest in renewable energy. The zip code arrangement is part of the National Energy Agreement. This arrangemet makes it economically attractive, for the people within the selected postal codes, to generate sustainable electricity at a location nearby. The Solar Park Welschap is the largest zip code project in The Netherlands and consists of 11,040 solar panels. The solar park will provide 900 households with collective solar energy.

Gliding strip
Eindhoven Air Base had long had the desire to contribute to the generation of sustainable energy and therefore made 2.5 hectares of the former glider strip available. By working together with the Central Government Real Estate Agency, the Municipality of Eindhoven and the regional energy cooperatives (03energie, 040energie, Best Duurzaam, KempenEnergie and Veldhoven Duurzaam), Solar Park Welschap could be realized.