Plans for Domino’s Pizza and KFC near Hovenring 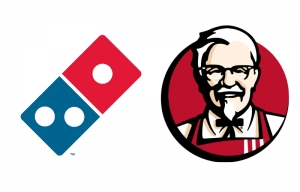 A Domino’s Pizza and KFC with a ‘drive thru’ near the Hovenring; that is the plan of real estate company Mastade BV from Waalre.

The undeveloped site between Heistraat and Zoom in Veldhoven (between the Shell Express and the roundabout) is the intended location for the popular American chains Domino’s Pizza and Kentucky Fried Chicken. Local residents were recently informed about the plans by letter.

Site
The municipality has sold the undeveloped site to the initiator Mastade B.V. Together with NBArchitecten, Mastade has developed a plan for this location to establish a Domino’s Pizza and KFC with a drive thru. “The plan has been worked out with care and attention for the environment. In particular, the sustainable character, the quality of the buildings and the appearance to the environment play an important role,” says Mastade. The plans will be explained at the end of January 2020 during an information evening for local residents.