Police call due to burglary Meerhoven 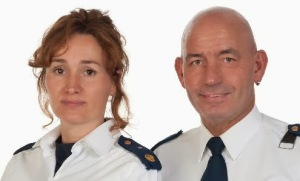 Meerhoven has been plagued by domestic burglaries in recent months. Since mid-January, ahomes been burgled eight times in Meerhoven. The police currently supervise the area more intensively but also ask residents for help.

District police officers Viola Bliek and Dick de Heus: “For the time being, we have not been able to gather sufficient clues or evidence that could lead to the arrest of the perpetrators. We, the police, regret that very much, especially because a burglary in a home has a major impact on the resident(s). Perhaps you have noticed in the past week(s) that there was more police in Meerhoven. That has everything to do with these burglaries. Unfortunately, a lot of robberies were also made in the last weeks committed in other parts of Eindhoven, which of course also requires the necessary police effort, which is partly at the expense of extra attention in Meerhoven.”

Suspicious situations
Viola Bliek and Dick de Keys continue: “In order to remain as effective and focused as possible, we, as the police, also ask you for help. If you see something suspicious, call the police. We will try to respond to your report as quickly as possible. And as suspicious, in the specific case of the burglaries in Meerhoven, the following may be considered:

Call
“If you see a suspicious situation, just call 0900-8844 and report this. Call 112 if you see someone climbing over a fence or climbing into a home, because then because then the police must come urgently. Hopefully we can work together and put a stop to these burglaries,” say the district police officers.