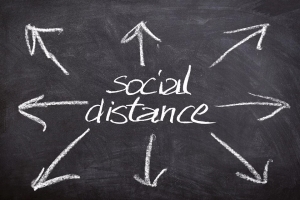 The police urges residents to keep a minimum distance of 1.5 meters because of the corona virus. It often goes wrong with young people.

In recent days, the police in Meerhoven have issued several fines to young people who do not care about the corona measures of the government. The young people often gather in Park Meerland. The police recently ended a BBQ with dozens of young people. The police will also take strict action in the coming days.

Report gatherings
Residents who witness the gatherings are requested to call the police on 0900 8844.