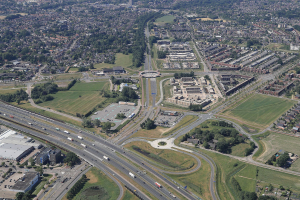 The municipality of Eindhoven hopes to be able to build at least 500 temporary homes in various places next year. Two are already known: at the Berenkuil and behind the P+R and Hotel Campanille at the Noord-Brabantlaan.

That could be many more, about 1500 to 2000. Alderman Yasin Torunoglu is looking at the possibility of placing movable houses at fourteen locations. The alderman has not yet announced which locations this concerns. Torunoglu hopes to come up with the final list before the summer. Earlier he also mentioned part of the Park Forum business park in the council as an option, but he will not repeat it now.