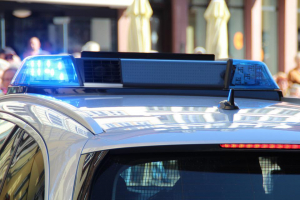 The municipality of Eindhoven has started the procedure for changing the zoning plan for Land Forum. With this change the municipality wants to enable the construction of a police facility. Residents’ Association Meerhoven is critical of the plan and has submitted a view.

In 2019, the association was initially positive about the arrival of a police facility. Since then, however, the plans have been considerably modified at the request of the police, including a doubling of the number of police staff and students and relocation of the Sliffertsestraat towards the residential area. The police also want to be able to close off the site hermetically. This while Land Forum should remain accessible to residents according to the urban planning ambitions of the municipality.

Alternative location
The association concludes that the Land Forum site is not suitable for a police facility of this size and again points to alternative locations such as Trade Forum, the derelict site behind P+R Meerhoven. According to the association, Trade Forum has major advantages compared to the Land Forum site from an urban planning and financial point of view. By opting for Trade Forum, the nuisance to the environment can be limited, the Sliffertsestraat can remain where it is now and the P+R site can serve as an ‘overflow’ if the parking requirement on the police site exceeds the number of available parking spaces on the police site itself.

Text continues below the photo. 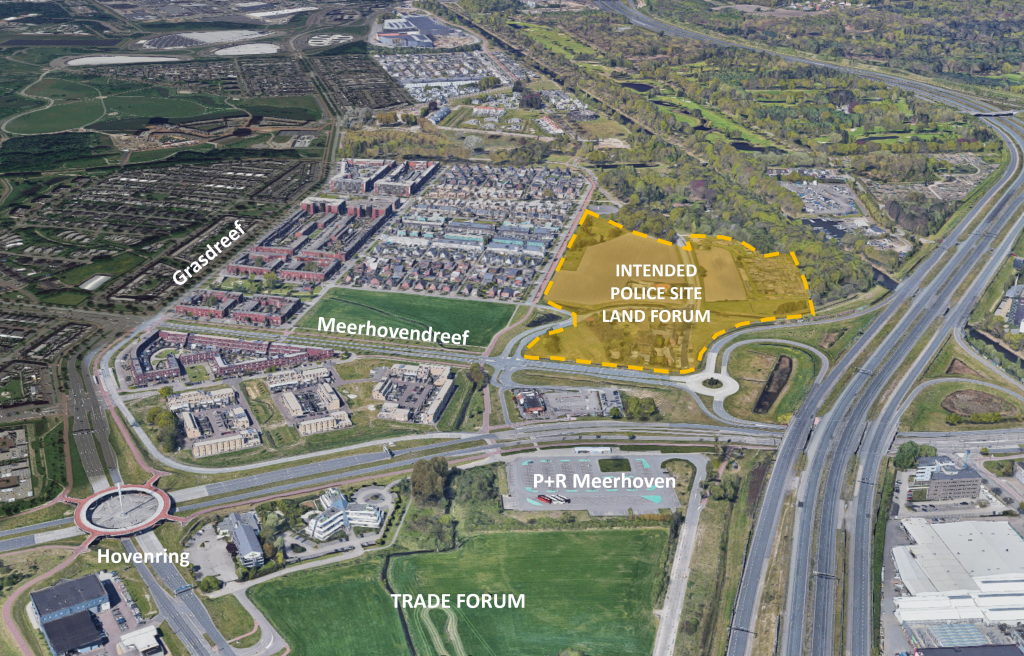 Cell complex and sirens
The association is also critical of the intended cell complex and the nuisance caused by sirens. The plans state that suspects/detainees are sent onto the street and must not roam and cause nuisance. However, there is no indication of how this nuisance will be prevented. In addition, according to the plans, considerable nuisance is to be expected from an estimated 85 police cars with sirens every day. Not only near the facility but also on the Meerhovendreef in the direction of Veldhoven. Nevertheless, the municipality believes that a further investigation into the adverse environmental effects (including noise) is not necessary before the zoning plan is adopted.

Follow-up
Parts of the plan may be amended on the basis of all submitted views. The zoning plan is then submitted to the municipal council for adoption. Anyone who has submitted a view and does not agree with the council’s decision can then appeal to the court.