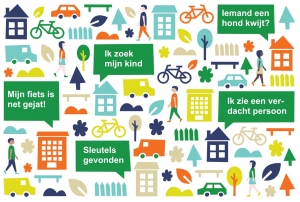 There is criticism from all parts of The Netherlands about the letters social network Nextdoor sends to recruit new users. The letters contain names of neighbours, but they often know nothing about it themselves. The Dutch Consumers’ Association insists on research into the working method of the originally American company.

The letters have recently been received by people in different parts of The Netherlands. The recipient is called to sign up for Nextdoor. Above the text is “Hi buurman of buurvrouw” (‘Hi neighbour’) and the letter appears to be signed by someone from the neighbourhood, including the street where they live. People whose name is on the letters as the sender often know nothing. The company sends out the invitations itself

Read more on the website of Eindhovens Dagblad, Omroep Brabant and Hart van Nederland (all in Dutch).