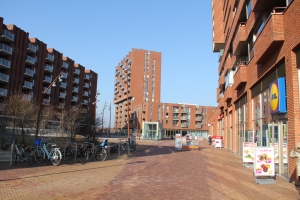 On Tuesday 24 September 2019, the police arrested three suspects from Eindhoven, two of 18 years and one of 16, for an armed robbery at Meerhoven shopping center on Friday evening 6 July this year.

Two boys and a girl from Veldhoven were chatting by the side of the lake and the parking garage around midnight. All of a sudden three boys appeared threatening the youth with weapons and forcing them to hand over their phones and money. In addition, the victims were beaten by the suspects. After they got the loot, the three boys left again. No one was injured.