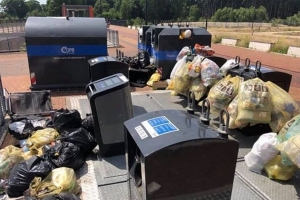 Eindhoven continues to struggle with the problem of side waste. In fact, the problems are so great that environmental councilor Rik Thijs (GroenLinks) is going to put extra speed behind the supposed solution to the problem: handing out fines to residents of Eindhoven who do not deposit their waste in the designated underground containers, but simply put that aside.

At the end of last year, Thijs already announced that there would be a possibility for such a so-called administrative fine. But the general local regulation needs to be adjusted for that, and that takes quite some time.